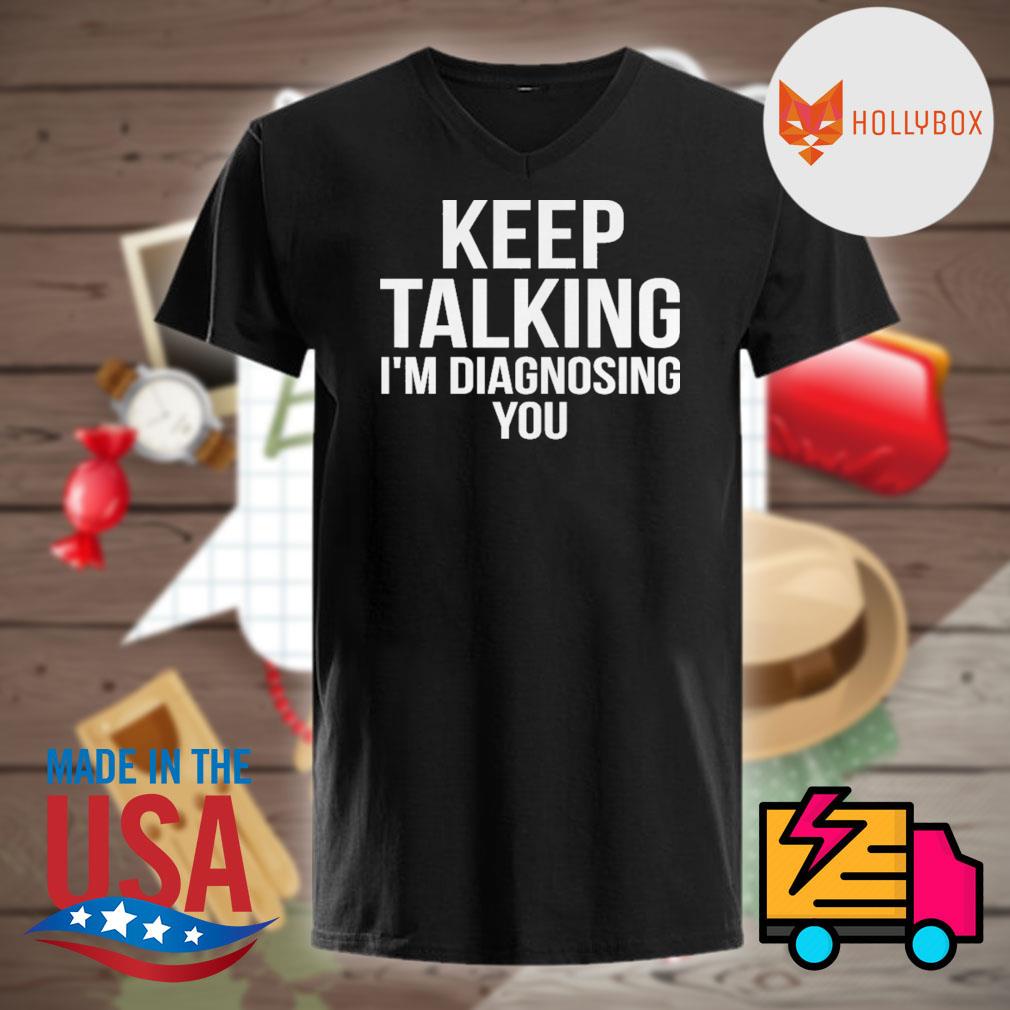 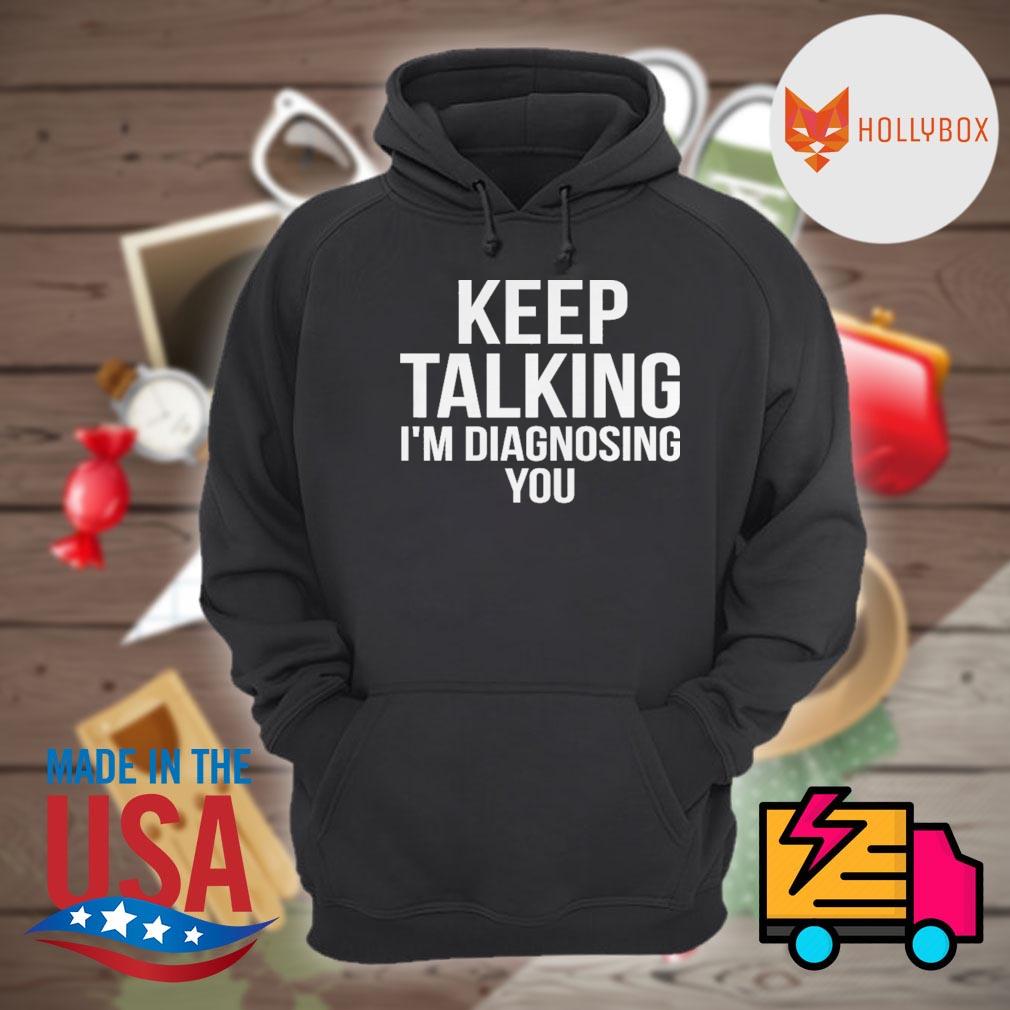 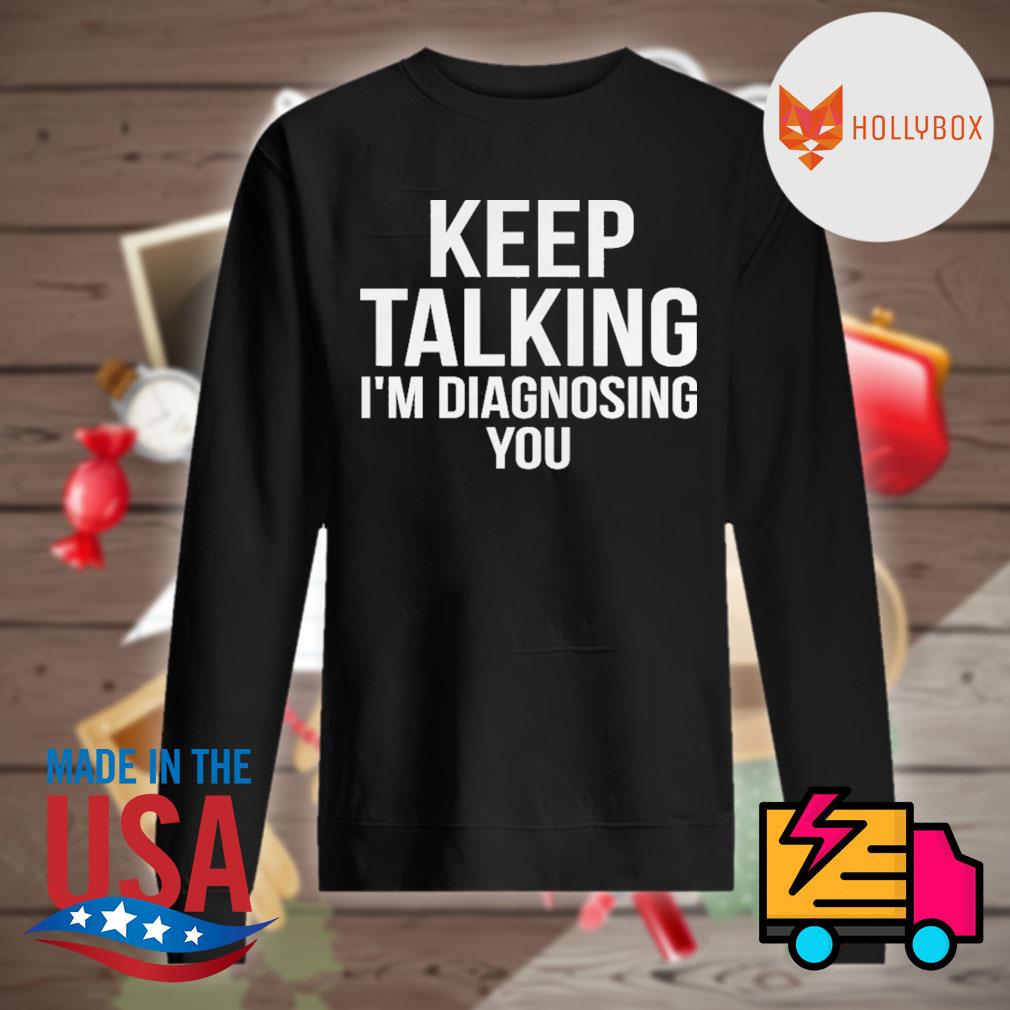 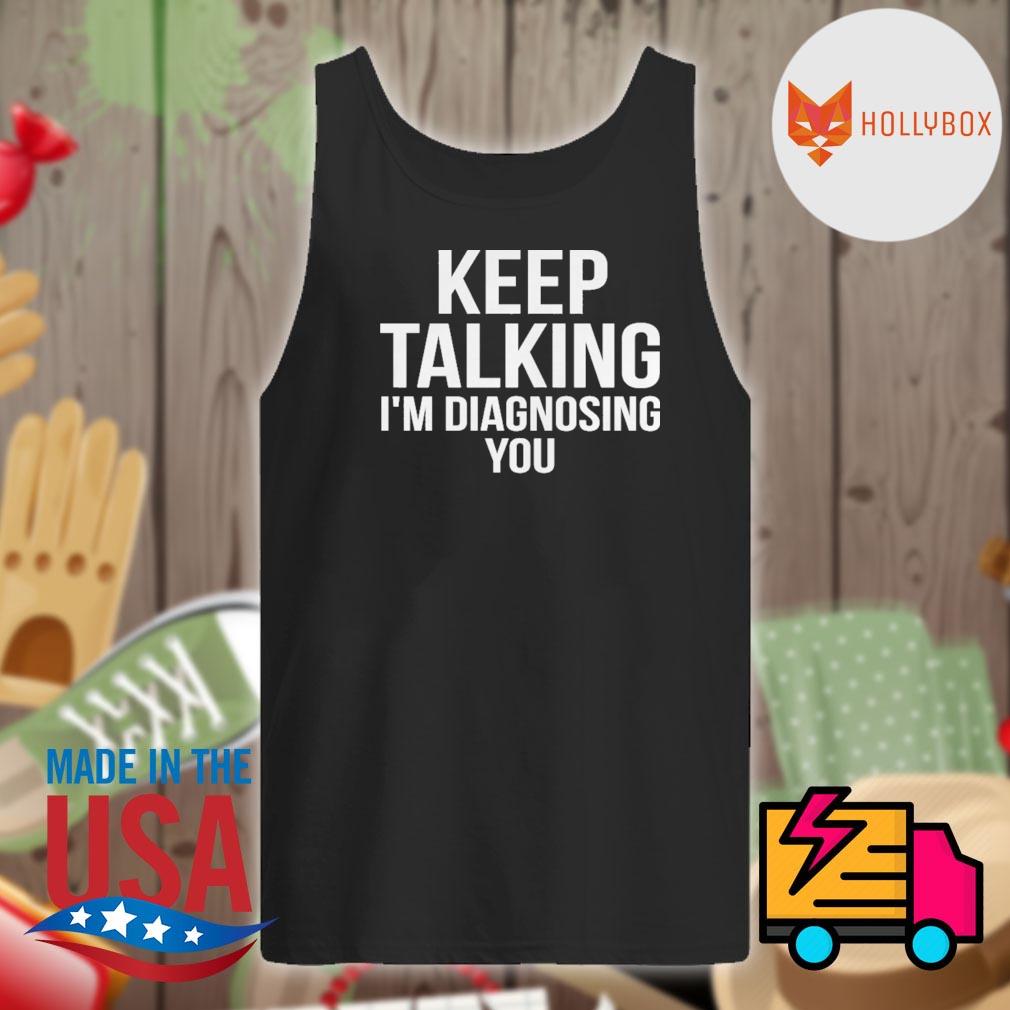 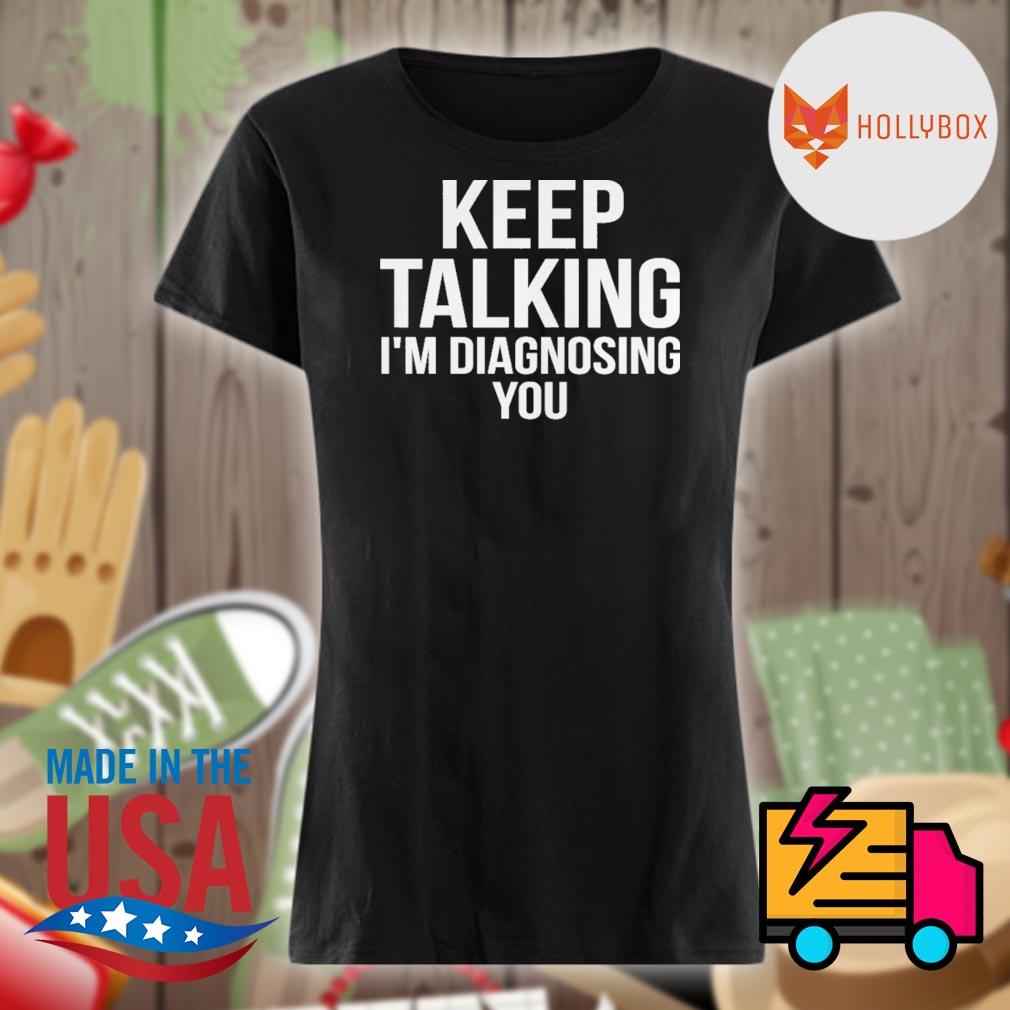 Not only this Keep talking I’m diagnosing you shirt, But It’s also available for the shirt, Unisex hoodie, tank top, v-neck t-shirt, long sleeve tee and sweater (sweatshirt) for men, women, kid and baby. Click on the button below to buy it.

It wasn’t always like this. Once upon a time, there was once a never-ending rainbow of scrunchies. In the Keep talking I’m diagnosing you shirt so you should to go to store and get this late 1980s and the early 1990s the scrunchie was everywhere, on everyone. Students, mothers, mall rats, gym bunnies, and social workers. It could be nothing more than an accessory of convenience: at its core the scrunchie was simply an elastic that didn’t rip out your hair. Or it could be a fashion statement, generally accomplished with garish colors, patterns, plaids and, mostly, by matching it with other elements of an ensemble. Matching was power; it exuded control and implied affluence. Matching was for mean girls. I was never about matching; although this doesn’t mean I deserve extra credit. Au contraire, as my modus operandi was more problematic. I used the scrunchie to achieve height. I did that. And I did that very “successfully,” achieving a sense of the colossal perhaps not seen since 1775 when Marie Antoinette’s mother warned her that her towering ‘dos threatened the sanctity of her crown. “Hurtling toward an abyss” is how Queen Marie Theresa put it, using a sense of drama commensurate with three-foot-tall hair.

I don’t recall specifically when attitudes began to change. Surely it was the Keep talking I’m diagnosing you shirt so you should to go to store and get this final death knell when, in 2003, Carrie Bradshaw told her Sex and the City boyfriend, “no woman . . . would be caught dead at a hip downtown restaurant wearing a Scrunchie.” The universal accessory had become a universal embarrassment. For the followers of fashion, it was toilet paper stuck to a Jimmy Choo at a hip downtown restaurant. So we’d all spent a good part of the late 1980s and early 1990s trailing Charmin. You’d be resentful, too. It’s like going to bed with the handsome scholar-next-door and waking up with Donald Trump.